Sylvia Montag and Mike Fuchs, two German climbers, are trying to summit Denali as part of a traverse from the north to the southwest face.

Denali, Alaska, is one of the coldest places on earth, and the mountain’s north face, approached by way of the Muldrow glacier, is quite remote during the winter months. The pair will deal with all the rigors of the approach – snow, high winds, and demanding trail breaking – then cross ice falls, the Karsten Ridge, the Harper Glacier and Denali Pass before summiting. They’ll cover approximately 61 miles (134 km), and ascend 18,000 ft (5500 m). And they will do it all alpine style.

“For this trip we will be using the Hilleberg Staika because of its excellent high wind stability, its two doors, and its ease and quickness of pitching. And it offers room enough for both of us and our big, fat down sleeping bags!”

We will be watching with anticipation as these two climbers tackle a daunting mountaineering project, in end-of-winter conditions, self-supported and in lightweight style. Follow their progress on fox-challenge.de. 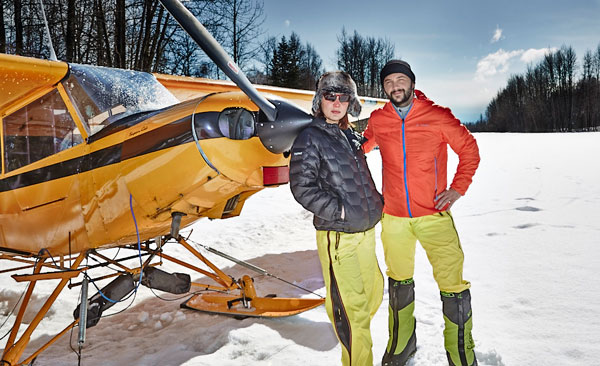